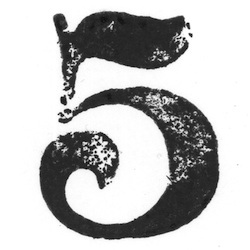 Our Marketing team asked me to write a post noting the five-year anniversary of The Grommet’s launch.  Hoping to get over my writer’s block, I asked Joanne to give me some ideas.  Here is our conversation, pretty much verbatim.

Jules:  “So I’m supposed to write a blog post for our October 20th five-year anniversary.  What comes to mind?”

Joanne:  “Oh man I remember that time like it was yesterday. When you called me about this idea, I was on a break after my last startup.  I was exercising a lot, pretty tan and damn fit.  But I was feeling unproductive so I was happy to do something new.”

Jules: “Uh, I think you over-corrected.”

Joanne: “No kidding! You should tell people how much this aged us.”

Jules:  “Speaking of that, Marketing suggested I do a timeline of photos of the two of us. I hate looking at photos of me.” 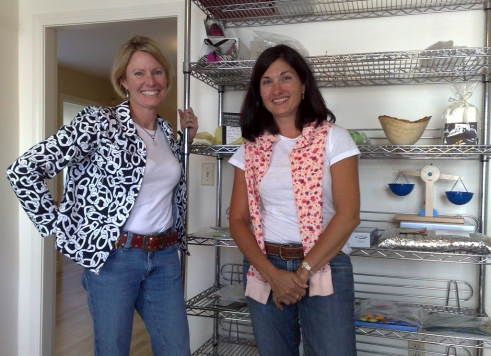 Myself and Joanne, a few months before our launch – sometime in 2008. Notice the empty shelves!

Joanne (scowling) “Me too. Maybe just a couple. You could show that one of us with those empty shelves for future Grommets. I remember when our advisor Chris Herot took that picture and told us we would look back at the early days in that funky old office as the most fun time of all.”

Jules: “It was fun, it was anything but glamorous to get going—remember that post about budget travel when I saved money by  sharing a bed with another startup CEO?  Or the time I literally walked my shoes off for this business?”

Joanne: “And it was so fragile.  Remember that blog post you wrote about building it brick by brick?  You should share that one.”

Jules:  “I will never forget the letter a total stranger, Katherine Klinger, wrote us out of the blue when we launched.  She told us,

“No one else on the web is doing what you are doing for product creators. Other sites may feature a product quickly and then move on. You’re making a mechanism that will help product creators create buzz and word of mouth momentum for their products. For a full 24 hours, all you show is that one product, how it works and why it’s special. That’s so great.”

“It was so validating.  And it is so great that we ended up hiring her, despite the fact that she lives in Minnesota!”

Joanne: “The steady stream of weekly love letters from our partners are my favorite thing.  It makes me so happy that we now have a book full of them.”

(Readers can click on the photo below to see a closer view of what people wrote to us.)

Jules:  “Thinking of those early days, I’d like people to know what it felt like to get over our self-consciousness about doing video.

Joanne:  “I didn’t want to be on video at all. The first week of doing it made me nauseous, I was so nervous.  We both were.  Why don’t you show how bad we were at it?  Something really embarrassing.”

Jules: I also think people might be interested to see an early version of our site. I found one from 2008.

Joanne:  “Oh, by the way, if you are going to include any photos, maybe that one Jen Lockwood took in front of the Grommet sculpture.  I look good in that one.”

(By now a reader will start thinking we are terribly vain.  Actually we are incredibly neglectful of our appearances.  We just work. And work. And work. And it shows. I hope its not that apparent in this most recent photo of us in our new office) 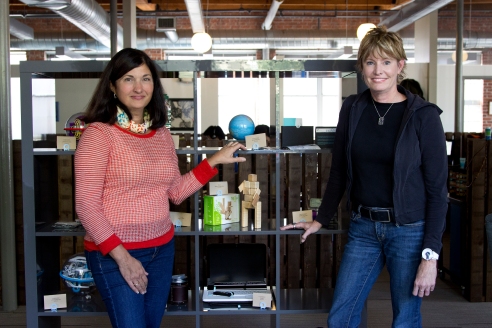 Joanne: “I’d like people to feel what some of the early breakthroughs were like.  How about that 2012 post that shared some of our numbers or the one about Squatty Potty or the one just this year about three great comments we loved?

Jules:  “One of the best moments ever was when Rakuten invested.  Their immediate strong belief in us totally defied stereotypes about insular Japanese businesses.  It was so gratifying that after all these dozens of American investors simply didn’t get us, Mickey understood our business in a nanosecond.”

Our first visit from Mickey, the CEO of Rakuten.

Joanne:  “We’d never be here without an incredible team.  It’s amazing to think about how much smaller we were just a year ago.  Maybe share that photo of us two years ago around Thanskgiving.” 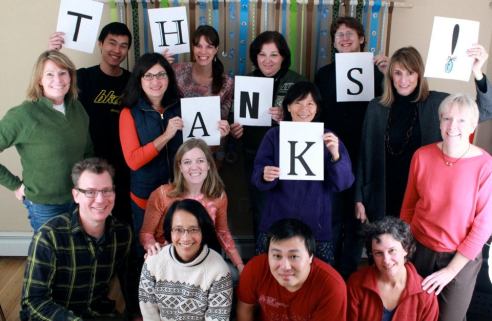 Saying “Thank You” to our community during Thanksgiving.

Jules:  “Let’s take a new one at this week’s team meeting.” 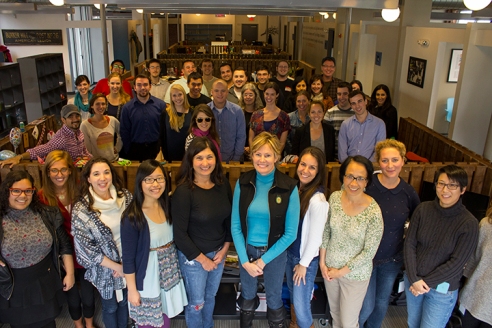 Joanne:  “People would probably like to see a picture of the very first Grommet, Bunny Tail Blanket.  And they might be surprised to know that we launched products like Bananagrams, SodaStream, FitBit, Alex & Ani, Food Should Taste Good, and IdeaPaint. I’m really proud to know we are now able to launch the game-changers of tomorrow and leveling the playing field so they can win.”

Jules:  “Man, who knew that would happen from those early days when we worried if we would ever run out of good ideas?”

Joanne:  “I no longer worry about that.”

Jules:  “I don’t really feel like writing a blow-by-blow.  It would take me all weekend.  And it could be really boring in the end.”

Joanne: “Don’t write too much. Keep it light.”

(I always listen to Joanne.)

P.S.  A happy addition.  On the day I released this blog post, we also crossed over to welcoming our 1 millionth email subscriber at The Grommet!  As our video director Jesse Buckley said, “I remember when that idea was just a twinkle in our eyes.”

24 Responses to “Five years of freaking out in public: Happy Birthday to The Grommet”