Today’s kids are being powerfully shaped into realizing they can be inventors and Makers.  I’m seeing examples of this as prevalent as Dunkin’ Donuts shops in Boston.

It’s so exciting to put the tools of innovation of physical products into more peoples’ hands.  Especially as it relates to kids, creating “real stuff” is such an appealing and human entry into entrepreneurship, as I have discussed before.

Here is a tiny sampling of recent observations.

At Northwestern University’s recent family weekend, one of the most popular choices was to visit the Rapid Prototyping Lab. Here pictured is a presumably younger sibling of a current student totally mesmerized by a 3-D printer.  The neurons in her brain are forming possibilities that are very different from what happens in front of a computer screen, or visiting a factory.  Invention of products becomes very accessible and personal when you watch one being printed right in front of you, next to other examples right on the table. 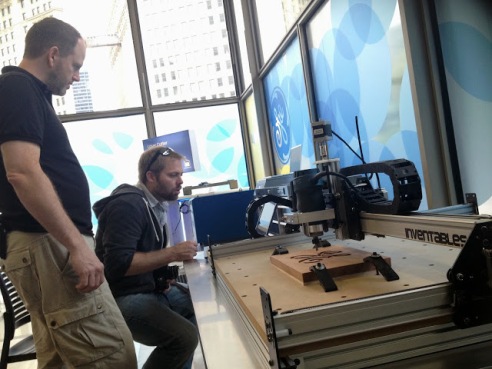 Also while in Chicago I visited the GE Garages Manufacturing Fab Lab–a month long installation with tons of free access to classes and expensive equipment.  The joint was jumping and highly accessible from its spot on a busy stretch of No. Michigan Avenue. 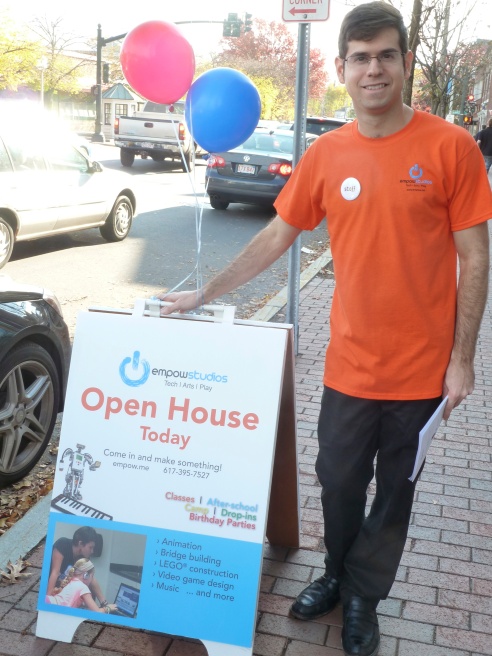 Back at the ranch that same week, I was walking down my little town’s main street and tripped on this sidewalk advertisement. Why is this Open House significant?  Up until now our town center options for kids have  included Paint-a-Plate, a sort of geeks trading card store, and bookstore story hour.  So seeing “bridge building”and “LEGO construction” in a Tech/Arts/Play Studio added to the mix is significant.

Also closer to home, I was lucky enough to go to the showcase event for the Lemelson-MIT  InvenTeams event for high school students earlier this year.  (Here is the recently announced listing of this year’s new teams.)  What an explosion of invention which largely focussed on things made of atoms.   Here is a video of a North Carolina team presenting their clever invention-with-social-benefits to Katie Couric just this week. 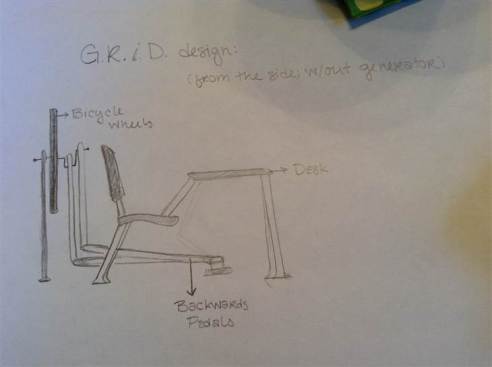 The girls showed Katie a desk they invented that could help provide electricity to classsrooms without access to power.  This combination of a positive world benefit, with a product, is the central hallmark of the younger entrepreneurs (up to age 30) that we see at The Grommet.  The younger they are, the more likely they are to expect their business to have a higher purpose.  This is consistent with a Deloitte study on Millennials. 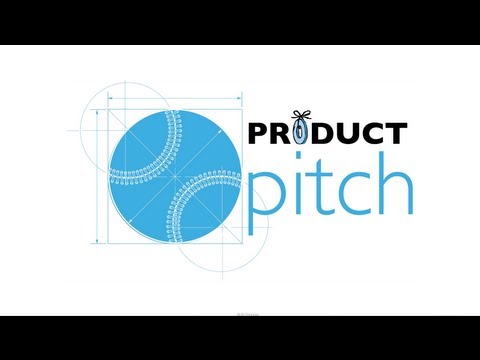 Max with his prototype of his “Mug with a Hoop” 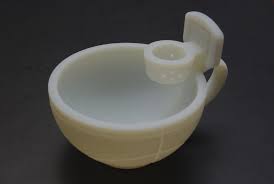 Having said that, plenty of kid inventors simply set out to solve a problem or invent something they would like to use.  This was the case with Max’is Creations, one of the 10 finalists in the Grommets’ Product Pitch Competition.  But the difference for Max and his rise to the top of the heap, compared to kid inventors of the past, was that he had a 3-D printed prototype of his invention.  In fact none of the adults had that advantage and it helped level the playing field for Max to get his idea understood and appreciated.

This phenomenon is expanding to more Main Streets.  Last year, while speeding up Sixth Ave on a bus in New York,  I was jealous to spy MakerBot’s pop up 3-D printer store.  I wanted to jump off and explore but was late for an appointment.  This year I can stay closer to home as they are opening up a Boston version.  Next Christmas I predict a blanketing of the country with more permanent installations to inspire a much broader swath of kids.

Fortunately, we stand ready to help them out at The Grommet.  Building a product is hard enough, but building a business is what we help them do.  I notice I have become like some kind of geek version of a rock star when I speak at college campuses.  Young adults and kids “get” us in a deep kind of way.  This I why I always try to say yes to those campus speaking requests.  These innovators represent our future and I want to help them succeed.