As anyone who saw our original video knows, I am rabidly passionate about Jeni’s Splendid Ice Cream.  Thus I was determined to pay a personal visit to a Jeni’s store, on a quick trip to Columbus.  Here’s my photo diary. 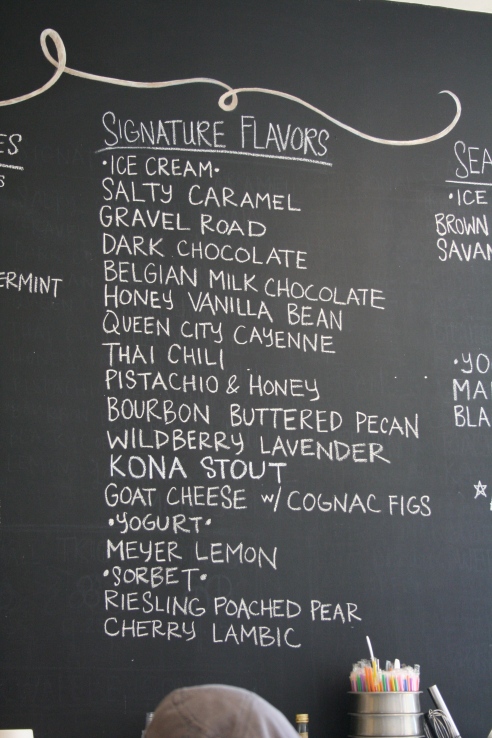 I was on my way to a dinner event, so eating ice cream was not exactly an ADULT choice.  But I did anyway.   The range of choices nearly paralyzed me.  Mango Lassi Sorbet, Savannah Buttermint, Salty Caramel, Wildberry Lavender.  I settled on Queen City Cayenne, a deep milk chocolate sharply laced with cinnamon and cayenne pepper.  I meant to take a photo, but I ate it too fast.  I brought my hosts three pints:  Mackenzie Creamery Goat Cheese and Cognac Fig, Dark Chocolate, and something they only had a little inventory left of: Chewy Cake Batter (or something like that). 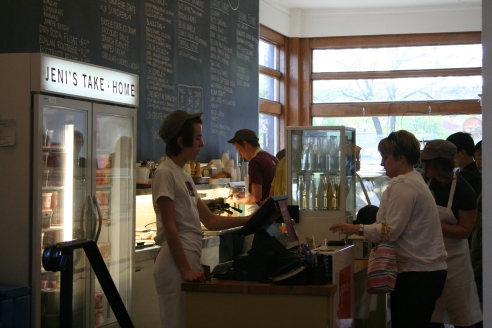 The cute young guy in front of the freezer was very patient with helping me pick my pints, despite the sunny-Sunday-queue rapidly building behind me.  I wanted to bring three great choices but I had no idea what my hosts Paul and Lois Kolada would like.  Paul and I were design students at Michigan, when neither of us had any high-end culinary pretensions or budgets.  We did spend many years getting together on Christmas trips home to Detroit, but our venue was always an Elias Bros. Big Boy.  Little did I know that Paul is now a skilled gourmet cook.  I could have easily laid the spicy hot Cayenne stuff on him.

Paul founded Priority Designs, which creates fantastic product designs for (seemingly) half the leading edge equipment, hardware, sporting goods, and home fixtures companies in the US (plus an overseas client or two).  I’m hoping we can feature some of their smart designs in future Grommets.   (I do have an “in” with them–and they have some cool (secret) things going on.) 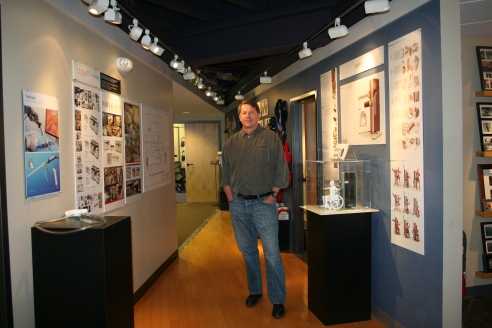 Paul Kolada, founder of Priority Designs. Their mantra is "Ideas, not Egos" Paul and I spent several years slaving away in the design studios and shops while students at the University of Michigan. Now he lives in Buckeye territory! 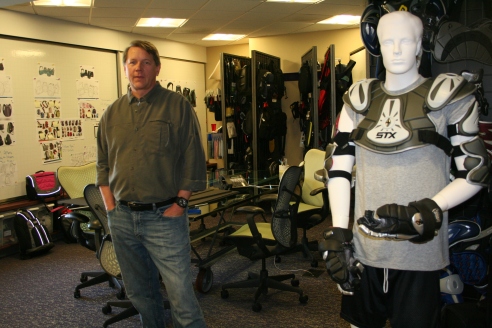 I wasn’t in Columbus long enough to really explore the place, so I satisfied myself with taking photos of the fun signs I saw on the main roads.  I am a sucker for such things. 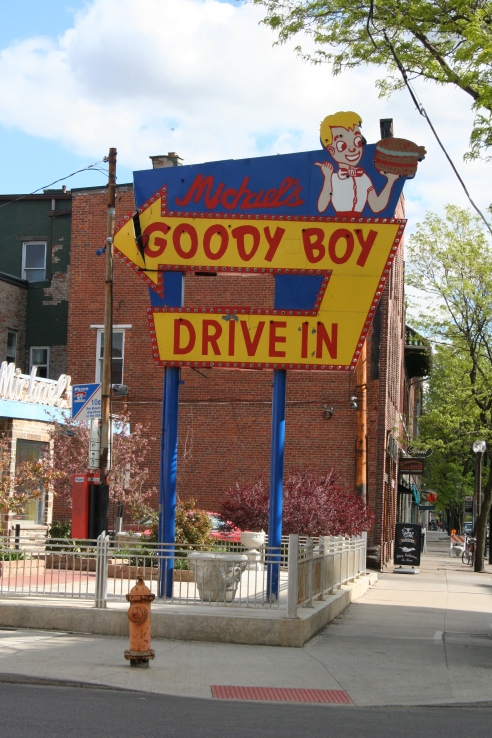 I didn’t think the next sign was particularly attractive.  It is still too ’70’s.  What caught my attention was that the United Dairy Farmers had a location on many corners, but I had no idea what they did.  A credit union?  A milk store? 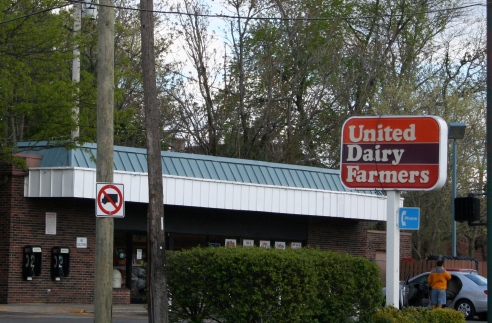 Now.  True confessions.  I am still in Columbus while writing this post.  An hour ago I took a break to speed over to Jeni’s (it was on the way back from an appointment, but I didn’t HAVE to stop).  Here is the “Riesling Poached Pear and Salty Caramel” evidence.  I dream of this ice cream.

I hope Ohio State invites me to Columbus to speak to students…and gives me a Jeni’s Ice Cream gift card as a thank you. 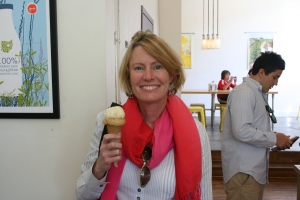