Entrepreneurship is like an Olympic sport. Let me explain. Both pursuits entail sacrifice and high risk at a low success rate. Friendships are strained, hobbies don’t even qualify as an afterthought, and priorities are a balance beam routine of career, family, and health. 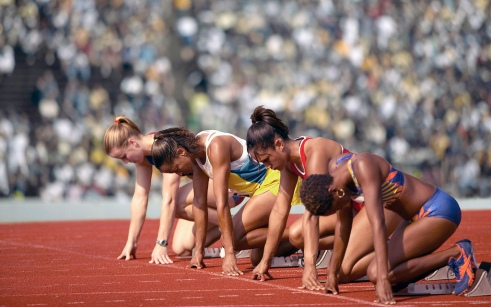 It’s a grind. An exercise of tenacity, courage, salesmanship, independence, vision, and resourcefulness. You’re training muscles to achieve an ultimate goal—or on some days, just make it to lunch.

Then there’s the energy. I’ve written about this topic before. I, and every entrepreneur, have to be a battery cell for the rest of the team. I don’t carbo-load like an Olympic swimmer, but I have to get my energy from somewhere. And I count myself lucky to have found multiple sources.

Every day at The Grommet we’re helping a new Maker take a giant step in the evolution his/her business. Hearing their stories, seeing their name in press clippings, and knowing they’ll play a central role in revitalizing Retail is like collecting lightning bolts.

I’ve had the honor of serving as an Entrepreneur in Residence at Harvard Business School for the last five years. I love it for a number of reasons: it reflects well on The Grommet, I get to learn about cool new ideas in a variety of industries, and the competitive side of my ego loves being asked back year after year. Alums clamor to be in this spot and that is not lost on me.

There’s also the karmic satisfaction of helping inexperienced founders avoid the same mistakes I did. It’s one of the many reasons I love speaking to and meeting the entrepreneurs at StartUp Institute, another one of my fuel sources.

The students at SI have the necessary courage to buck their current careers and take a chance on themselves. StartUp Institute also does a tremendous job recruiting for diversity. I wish this facet wasn’t such a rarity, but it is. Both SI and I are propelled by the inevitable day when it isn’t.

Tomorrow I’m keynoting Emerson College’s Entrepreneurship Experience (E3). It feels like a combination of all of the above. Young, diverse entrepreneurs have a hard time receiving funding; I’m thrilled to have the opportunity to relay lessons I’ve learned to a group poised to make their mark on the business world. After having immersed themselves in their business venture all year, they’re flexing their courage by showing off their work to the public.

Businesses exist to serve society, plain and simple. Courses like E3—even if they spark a future founder rather than a current one—serve a valuable service. When you’re in school you think more broadly about possibilities than you do when you are focused on your job. Sowing seeds of potential early is invaluable.

The E3 Expo is free and open to the public so if you’re reading this anywhere near downtown Boston, I encourage you to check it out in person. If you’re reading from afar, make a point to read about the entrepreneurs participating. They’re going for gold and may one day shape the world around you.