Although I trained as a designer, my work is always based on cultural anthropology.  Any disruptive business model innovation has to be based on enduring, seismic changes in how people behave.  You can find patterns in everything from economic statistics to seemingly benign sentiments on greeting cards.  Don’t laugh–Hallmark captures the zeitgeist pretty darn fast.

The BIG BIG change I am watching now could be called many things, and contemporary thinkers I respect are coining various handles:

February 2014 Update:  I think the world is settling on “Maker Movement.”  It is more comprehensive and elegant than the other terms that I postulated above.

I call it Citizen Commerce ™.  (Earlier posts on the topic are here.)  Whatever you call it, this movement is about ordinary people having access to the tools of production to create innovative physical products without the benefit of large company resources.  It’s a sea change that is equally created by technology advances and shifts in cultural values around what we expect from the businesses we support.

I am asserting six piles of evidence of this movement in this post.

From Bruce Nussbaum, writing in Fast Company:  4 Reasons Why The Future Of Capitalism Is Homegrown, Small Scale, And Independent.  Nussbaum asserts that:

This new form of capitalism is not just about conventional startups and technology and venture capitalists. If you add up all the trends under way today, I believe we are beginning to see the start of something original, and perhaps wonderful. It may prove to be the economic and social antidote to the failed financial capitalism and crony capitalism that no longer delivers economic value in terms of jobs, income, and taxes to the people of this country.

His piece goes on to outline thematic support for “indie capitalism.”

February 29 addition:  Here is a good, albeit more anecdotal, NYT article by Adam Davidson on this topic:  “Don’t mock the artisinal pickle maker.”

I’m in Canada while I write this post and had the pleasure of listening to an interview with Limor Fried on a cool program called “Spark” on CBC radio.  You can hear it all here. 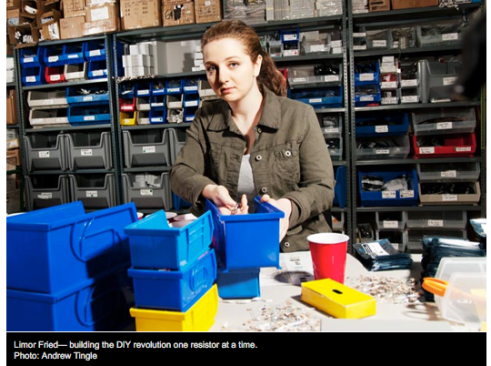 Limor Fried is the founder an lead engineer at Adafruit Industries. She’s one of the leading forces behind the maker movement – people who like to alter technology to better it, or make electronics at home from scratch. And she’s particularly interested in making hardware that is open source.

3.)  Serious investment by individuals in R and D is yielding real products

I would stretch the Nussbaum/Open Source Hardware thesis beyond the “local/maker” communities of production to emerging enterprises that are making scalable products originating from very humble beginnings.  A recent MIT study supports this reality in finding that a full 25% of the R and D budget in the US is flowing through “consumer innovators.”  Here is my post on that topic.

From the venerable Kauffman Foundation, its President Carl Schramm, recently released a new study with these comments:

This poll reveals a generation that is enthusiastic about entrepreneurship, and that is good news for the U.S. Fifty-four percent of the nation’s millennials either want to start a business or already have started one. They recognize that entrepreneurship is the key to reviving the economy. An even higher percentage of young people of color – 64 percent of Latinos and 63 percent of African-Americans – expressed a desire to start their own companies. 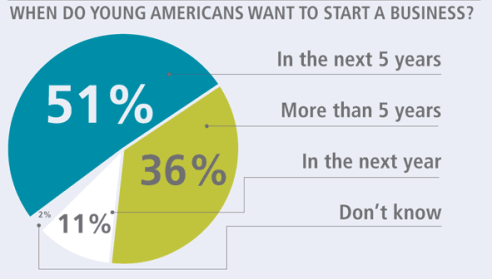 There is no stopping this generation when it comes to creating businesses.  We see it every day at Daily Grommet.  A disproportionate portion of our best Grommet idea submissions come from the millennial generation.

5. People actively seek these products–those with a story, connected to a knowable entity.

A new study published in the Harvard Business Review, by Weber Shandwick, asserts that a “fifth P” of Marketing is emerging:  knowing the “parent” of a product.  Leslie Gaines-Ross writes:

People have become increasingly concerned with business’s impact on the world, and search engines like Google or Bing make it trivially easy to find out who makes a product and how, where they operate, who they have offended, and what causes they have supported. Social media makes it easy to learn more, and spread the word. Suddenly, a brand’s paternity is not only easy for customers to discover, it’s important to them to consider. And they have no trouble boycotting products from companies that they believe fail to live up to their standards.

We did some primary research of the Daily Grommet community to determine what values people are seeking from the businesses they support, which we will release soon–it confirms the Weber Shandwick work entirely.

6)  IF there are so many great new products coming from unknown sources with great stories and values, where the heck are they?  Well…new sources of distribution are forming–but not fast enough.

Farmers markets are up 17% in just one year.  They don’t just sell tomatoes.  More than a few Grommet creators told us that they found their first customers at farmers markets or craft fairs, and they provided a valuable source of feedback for improving their products.

Independent retailers–the traditional proving grounds for new products–are under real seige.  But for that valuable supporter of innovation, the 2011 holiday season showed a glimmer of hope.  The independent retail sector outstripped all other bricks and mortar categories, with 6.7% growth.

The big guys are taking notice of this trend, for sure, and have to fight growing and increasingly vocal consumer skepticism about their societal impact.  It is no surprise that both WalMart and Target are making big media splashes with their new “mom and pop” initiatives to support and showcase small businesses with mainstream, scalable appeal.

However great these platforms can be, they are not nearly enough.  There is a huge middle ground to be scaled by a company with a new product between say, Etsy/Quirky/Kickstarter/Farmers Markets and….Target.  This is the biggest business opportunity facing us today.   If we care about these kind of companies and products, who are meaningfully changing business values, we have to find a way to help them scale from the garage to Main Street to….wherever they seek to be.

10 Responses to “A huge sea change in consumer products: six points of evidence”