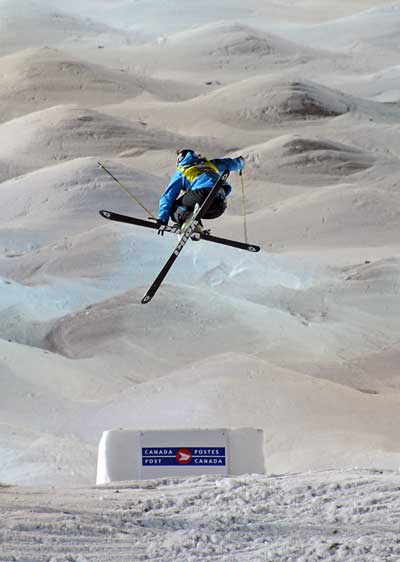 Last night I watched the Women’s Mogul event in Vancouver   Studying each of the steely-eyed competitors, totally focused on the course, I thought about the extreme level of commitment, vision, super-human work and sheer irrational belief it took each of them to get there.  Despite the crushingly terrible odds, each of those 26 athletes approached the imminent Mogul run with total determination to bring home the Gold.

These elite athletes live a life that, truly,  only their fellow competitors can understand.

That’s the closest analogy I’ve found to what it’s like to be on the founding team of a startup.  Having worked in other business situations–even highly demanding ones, even large public company ones–has nothing on building a startup.  It’s such an extreme version of business.   Fighting to be the “one,” and doing it mainly through sheer force of will, against ridiculous obstacles, is like nothing else.

Except maybe training for years in isolation for the .000000565 in 1 chance to become an Olympic competitor.*

But I’ll stick with startups.  The odds are better.

*I’ve never had the remotest hope of being an Olympic athlete.  Except maybe if the games included a “Backwards Speed Walking” event.   I am oddly good at that, for reasons I can’t understand.

4 Responses to “Startups are the Olympics of Business”