Beth Fredericks from Grandparents.com, Sara Pacelle and me from Daily Grommet

Sara Pacelle, of Grommet, recently invented a new word.  It is “Gran-preneurs”–a mashup of Grandparent and Entrepreneur.  Why?  Because there are a lot of them out there, making interesting products, and she thought it’d be fun to give them a little Grommet lift-off when we can.  So, Sara didn’t just talk about the idea.  She got on the horn with Grandparents.com (natch–go right to the top, Sara).   The Grandparents.com hipster community evangelist Beth Fredericks  landed in our offices a couple weeks later.  Totally game.  Game on.  Game-a-rama.  No exaggeration. 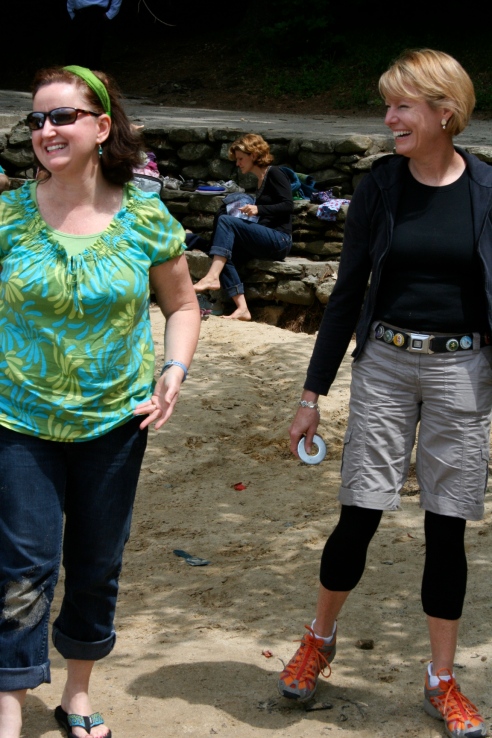 Sarah and I are giddy about getting out of the office for a field trip...and seeing the elusive sun for a change

She was enthusiastic about collaborating with us.  But by “game”, I mean she actually HAD a homemade Grommet GAME.  She even made one for us.  The idea was something she picked up on a two-week dory boat trip in the Grand Canyon.   Her intrepid local guide, Rio , introduced it as the best way to pass an evening on the shores of the Colorado River.  (It’s kind of like horseshoes and bocce and curling, but for the beach.)

Sara puts some English on it

We don’t exactly have that magnificent body of Western water near us, but we do have Henry David Thoreau’s Walden Pond.  So we decamped to those shores, and met Beth’s challenge for a Grommet match.  Here’s the video.

We are herewith kicking off a challenge to Granpreneurs.  Go to the Daily Grommet group at Grandparents.com, join in the chat, and submit a Grommet idea.   We’re looking at each one very carefully and there is even prize booty to be won.  At the very least, you can show off your idea to some pretty cool grandparents.  And us. 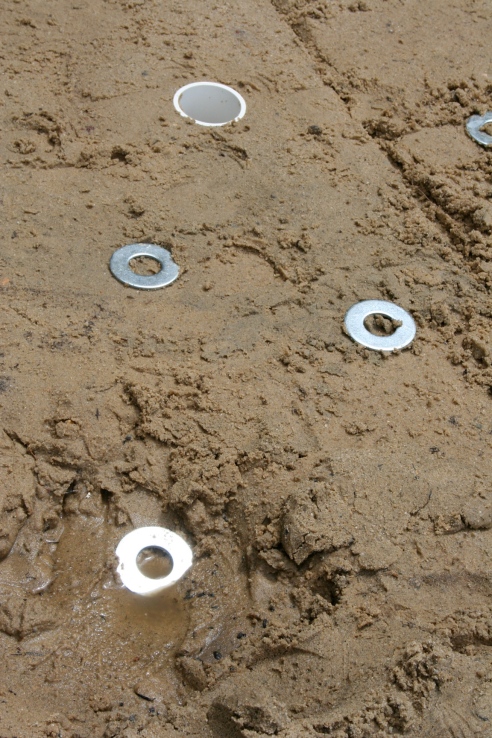 It would be a good idea to mark the Grommets (washers, really) to tell them apart. That's why bocce balls are colored I guess.

3 Responses to “Grommeting around with Grandparents”