A very nice freelance photographer, Aram Boghosian, shot this photo at Daily Grommet.  It’s running in the Globe today.  We were a little worried about how it would turn out.  The poor man was hit with a strong case of the hiccups just before he started shooting.  We tried a bunch of old-home remedies, to no avail.  So….we are grateful he got off a pretty clear shot between hiccups. 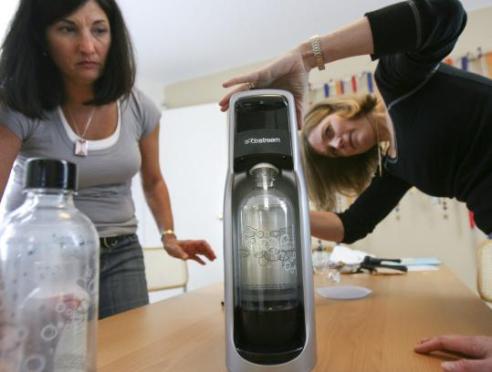 Joanne Domeniconi (left) and Jeanne Connon tested a SodaStream product for the Daily Grommet. (Aram Boghosian for The Boston Globe)

But even funnier, after we tested the fizz-making power of the SodaStream, we added some grapefruit flavor to make soda.  I shook the bottle a little too enthusiastically, and the just-mixed pink concoction exploded out of the bottle when opened.  At the loud fire-off, our poor photographer hit the deck.  As Aram picked himself off the ground he good-naturedly quipped,

I think I just failed the first test of photo journalism.  Imagine what I would have done if real bullets were flying!

5 Responses to “What happened AFTER this photo was shot”