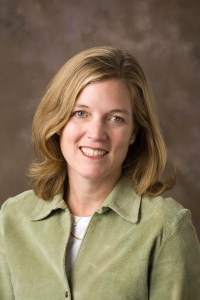 Jeanne came to Grommet the very week we launched and I truly believe we could not have effectively executed this business without her.  Or, if we did, the rest of us would be wraith-like shadows of human beings.  Jeanne is the sheer embodiment of a “STUG”–a startup guy/gal.  She was on the founding team of Monster (enough said), and this is her fourth startup.  More than anyone, Jeanne knew what this ride was going to look like.

Jeanne effortlessly ranges from the highest level of strategic thinking, to quietly and uncomplainingly spending her weekends catching up on the terribly laborious and tedious tasks that just have to get done.   She’s deeply analytical, has no qualms about sharing her point of view, relentlessly focused on the clarity and quality of anything that represents  Grommet and our suppliers, and she genuinely rallies around the broader “cause” of Grommet.

When I called one of Jeanne’s references (the one who calls her a dancing machine), he said,

Every startup CEO needs a Jeanne.  Nothing falls through the cracks when she is on the job.  You are going to need that.

So true.  But here are some of my favorite Jeanne moments:

There are people who just seem “More More” than the rest of us.  They get more done.  They have more ideas.  They are in behind the scenes making sure the enterprise succeeds.  They do it for the honor of a job well done and because they care deeply about doing the team’s mission.  That’s Jeanne, all day long, every day.  We are all the richer, and happier, for her being in our presence.