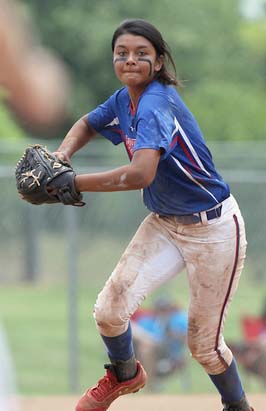 I’ve just spent a week with an accomplished athlete.

She is my mom’s sister, Sally Chaney.  Her sport was fast-pitch softball.  Aunt Sally anchored left field in a summer travel team that won the Michigan state championships 13 out of 16 years during the late ’60’s and into the early ’80’s.   Her college did not have a decent softball team, so she never even tried out.  She would have made it; she was a walk-on to the varsity tennis and field hockey teams of her large state university.

Though highly skilled, competitive, and driven,  Aunt Sally was born at the wrong time.  She was not lucky enough to benefit from the 1972 Title IX legislation.   Instead she spent her summers recruiting sponsors to fund her kick-ass softball team, come hook or by crook.

Although too late for Aunt Sally, thankfully, somewhere along the way in the 1960’s we decided that sports, competition, and teamwork were an important part of life.  We decided that barring girls from fair access to athletics was wrong and that it would handicap women for life.  We fixed that problem and it would be hard to find a person to argue the merits of that correction. 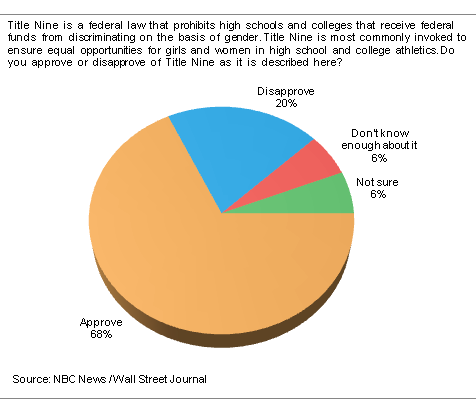 We need to have the same wake-up call about venture funding.  If sports are an important training ground, why do we effectively bar women from competing at high levels in the most powerful playing field of life:  starting companies.   Starting high stakes companies depends on having access to capital.  Like sports, you can’t train, compete, or win without meaningful infrastructure.  With only 4-9% of venture funding going to women, the damning lack of infrastructure is obvious.

Proponents of Title IX heard arguments that women did not come out for sports at the same levels at men.  They were told that women had other priorities.  That women could not compete.  Oddly, I hear those same arguments about why women are not getting venture funding.

We need to correct this.  It will be hard.  Just as it deeply affected structural norms in the athletic departments at high schools and colleges, a huge range of public and private investment institutions will be affected.  The good news is women stand ready with legions of investment-worthy companies.  The track record of female founders even shows superior investment returns compared to male founders.  Therefore, I would suggest that the government role could be simple:  remove the lucrative carried interest tax loophole from any venture firms that do not fund women’s businesses proportionate to men’s.

I am not debating the merits of carried interest to reward VC’s and private equity partners.  There is an argument that this incentive creates better access to capital for entrepreneurs.  I am arguing that having the general population fund that access to capital to men only (through favorable tax treatment for investors who invest only in male founders) is untenable.  The problem would be fixed in a handful of years. What are we waiting for?

Please help me spread this idea…and get it in front of President Obama.  He has daughters.  He would never tolerate their exclusion from sports.  He is telling them that the world is their oyster.  It is not.  But it could be quickly better, with a simple piece of legislation. 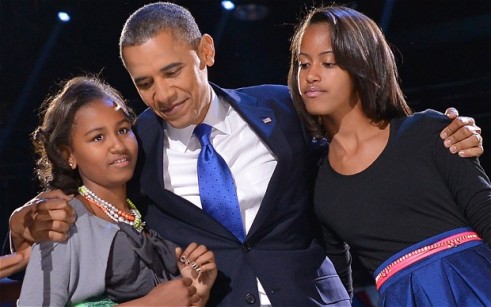